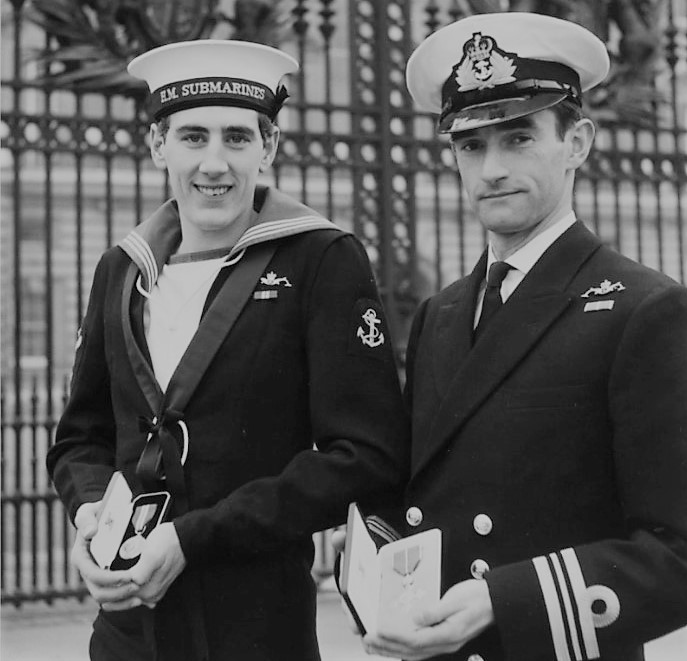 We held a face to face company meeting today. As well as once again seeing many colleagues who’ve been working remotely during the pandemic, we were delighted to welcome a special guest to talk to us.

Commodore Eric Thompson MBE served in the Royal Navy from 1961 to 1998. During his career, he served in five nuclear submarines and rose to be Commodore of Her Majesty’s Naval Base Clyde at Faslane, where the UK’s ‘continuous at sea deterrent’ nuclear submarines are based. As you might expect, Eric has an extraordinary depth of knowledge regarding Britain’s submarine fleet and its operation during the Cold War. He is also a hugely engaging and entertaining speaker.

Given our ‘fit and forget’ cable harnesses and penetrators have been installed on Royal Navy submarines for nearly 30 years, we were keen to hear what Eric thought about this aspect of submarine engineering.

“There are a lot of hull penetrating glands on a submarine. Alongside other similar fittings, if any one of them fail, you’re dead. Water won’t come in as a dribble, it’ll be a jet.”

This succinctly puts the importance of what we do into perspective and highlights the vital importance of our ‘10,000 installations with zero leaks’ record.

After speaking, Eric stayed with us, happily fielding questions from the team on all aspects of submarine operations, which was hugely appreciated. He finished off what was a great company meeting by helping to present our Employee Achievement Awards. Well done and thank you to our winners and of course to Eric.