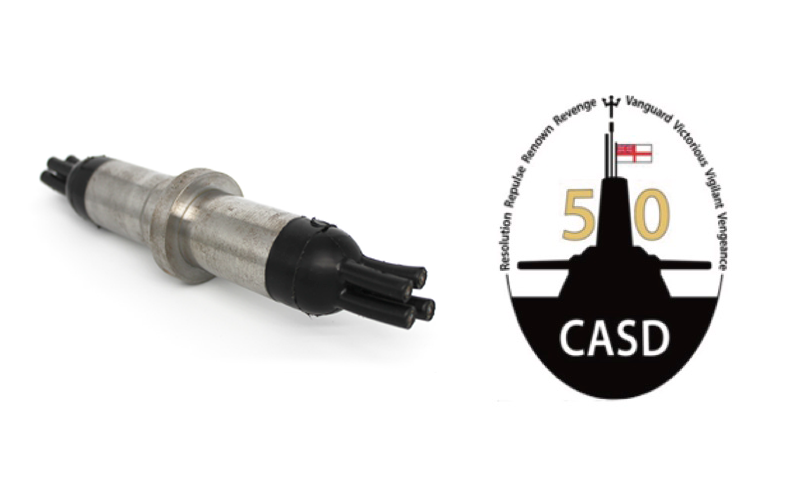 SMI is delighted to be associated with the 2019 celebrations to mark fifty years of its Continuous At Sea Deterrent (CASD). Known as Operation Relentless, at least one Royal Navy ballistic submarine has been patrolling the world’s oceans, unseen and undetected for 50 years. CASD is the longest sustained military operation ever undertaken by the UK.

The government is committed to maintaining the UK’s national nuclear deterrent based on a ballistic missile submarine for as long as the global security situation makes that necessary.

For the last quarter century SMI have been producing first level items, critical to boat safety and operation for the UK fleet. The only manufacturer with capability approval to produce pressure hull glands, SMI has held this status continuously for 23 years. Their “fit and forget” cable harness products are essential to the CASD programme delivering always ready reliability and ever able functional performance.

CASD 50 was officially launched on 16 January 2019 when the First Sea Lord visited HM Naval Base Clyde to highlight the 50 year anniversary and present Royal Navy submariners with the new, silver, deterrent pin which will be awarded to those who have completed ten or more patrols.

The history of the UK’s nuclear deterrent stretches back to 1958 and the signing of the UK and US Mutual Defence Agreement (MDA). By 1969 the UK began CASD with the 4 Resolution class boats successfully completing over 229 patrols between them. Since the mid ’90s, the 4 boats of the Vanguard Class have maintained CASD, ensuring 1 submarine was deployed at all times.

The new Dreadnought class of submarines, expected to enter service in the early 2030s, will be the future of CASD with the Royal Navy again turning to SMI to deliver cutting edge technologies with the reliability that has supported a half century of critical deterrent at sea. As the Navy are often heard to say, “SMI, Fit & Forget”.