Harnessing the Power of Plastic for Good

With the world waking up to the pollution crisis presented by plastics in the ocean why are SMI championing introducing more polyethylene into the sea?

According to WWF, the average Australian uses 130 kg of plastic each year and up to 130,000 tonnes of plastic will find its way into our waterways and into the ocean. Plastic has been discovered at the deepest point of ocean, in Marianna Trench in the western Pacific Ocean. At a time when companies around the globe are exploring plastic reduction to stem the pollution issue, WA based SMI (SMI) is making the case for plastic use underwater.

SMI design and manufacture underwater cable systems for the most hostile applications on the planet, including naval defence, wave and tidal power and marine science. They manufacture cable harnesses that can carry data, controls and up to 17.5kV of power. Ensuring that these systems remained sealed and with optimal ‘fit and forget’ performance over the life of the system draws on a technology which has established the company as the world leaders in polythene cabling connectivity.

The same properties which have seen plastic waste washing ashore undegraded 30 years after production are utilised in the design of SMI’s TelemetrixTM cable systems. Using high temperature and high-pressure processes, thermoplastic polyethylene (PE) is used to bond cable jackets to connectors and glands forming chemical bonds that will survive over 25 years underwater.

Invented in 1933, PE is a thermoplastic that has a unique combination of excellent dielectric characteristics (particularly at high frequencies), high electrical resistance, low moisture permeation, and low water absorption. Cable-grade polyethylene is essentially inert in the ocean. Processes such as oxidation, hydrolysis (chemical breakdown in water) and mineralization are extremely slow with polyethylene jacketed cables having now survived for more than 40 years immersion in seawater.

Polyethylene has been the first choice of the British Navy for decades and is particularly important in warmer waters where the rate of absorption of water by Polyurethane is demonstrably increased. SMI has been producing PE cable systems for over 25 years and have supplied over 10,000 installations with zero leaks.

SMI is pleased to see that their technology is not only being utilised on submarine and surface fleets around the world but on ocean renewable energy projects which promise to deliver sustainable, predictable electricity supply. 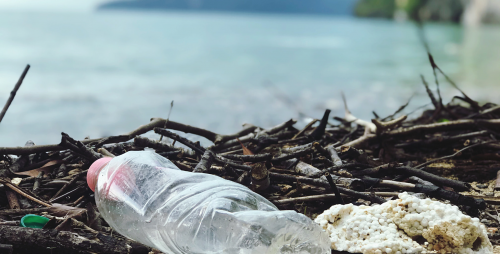 However SMI are far from ecologically unaware, General Manager, Sales & Marketing, Jenny Shaw explains, “Cable systems which fail and have to be replaced are discarded and have a substantial negative environmental impact. An SMI ‘fit and forget’ system delivering over twenty years reliable service not only offers economic advantages over system life, but is a responsible environmental choice too.”

SMI have joined a growing number of companies trying to eliminate unnecessary single-use plastics. Colleagues and visitors to the Andover headquarters, for example, are presented with a reusable drinking bottle where single-use plastic bottled water is no longer used across the company.